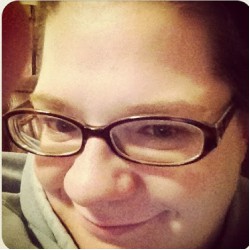 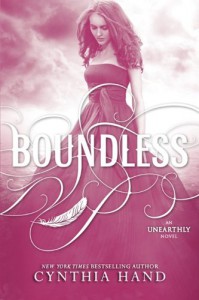 What a gut wrenching ending to book two, Hallowed. This review will contain spoilers so if you have not read either Unearthly or especially Hallowed, continue at your own risk.

Clara, having laid her mother to rest, knows she must keeping forging her path. Her brother Jeffrey has disappeared but she knows she must continue on with Angela and Christian to Stanford University. She has let to go of Tucker knowing he will not be safe if he is with her.

Clara and Jeffrey’s father makes an appearance in Hallowed, with them learning that they are in fact Triplare, a rare and powerful form of angel bloods. While her mother is gone, Clara’s father begins to train her for what he knows she must face. While she works with her father, Clara requests that Christian also train with them since he has had visions of wielding the glory sword. While Christian undoubtedly wishes he and Clara could be together, Clara cannot help but still be drawn to Tucker time and time again.

Jeffrey and Angela fight not to loose themselves in Boundless. Jeffrey has disappeared, occasionally meeting up with Clara. He is struggling with trying to move forward with his life. Angela reveals she is pregnant. Clara knows Angela is at risk as well as her baby, as the baby is a Triplare and could tip the scales in favor of the Watchers if her baby is not kept safe.

Freshman year is anything but simple and low key. Clara and Christian risk themselves to rescue Angela's baby from the Watchers who come to collect him for the dark side. Clara cannot let Angela go either so she once again journeys to hell risking her life to save Angela and her brother. Clara must gather herself, all that she has learned from her mother, father, Christian and Tucker in order to stand up to those who want to see her fail and join the Sorrowful Ones.

Having been immersed in Hallowed, I could not wait to begin Boundless. With having lost her mother, Clara shows how strong she is in spirit as she continues to move forward day by day. She is such an amazing character—I am thrilled that we get to see more of her strength and determination throughout this novel. I have to say Clara has easily become one of my favorite characters. I have thumbed back through all the books to re-read favorite passages—a hallmark of a great book to me.

If there is one thing I would wish is that Christian is not left hurting as much as he seems to be. I know that he must find his calling and someone to share his life with based on this tweet:

I know I for one would LOVE to have a novella or book with Christian’s story. I truly hope that Ms. Hand comes back to the Unearthly series characters to continue their stories. There are lines that could be picked up should she elect but we shall see.

Whatever happens, I truly hope that Ms. Hand continues to write as I have thoroughly enjoyed the Unearthly series.
Source: http://www.loveliferead.com/2013/09/boundless-by-cynthia-hand.html
Tweet